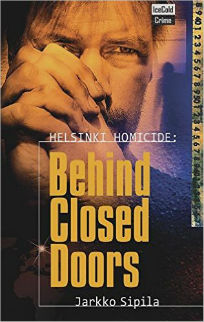 Watching his townhouse burn up in flames, Detective Lieutenant Kari Takamäki recalls an old saying: the most dangerous are those who plot their revenge in silence. As the game gets tougher for both the authorities and the criminals, Takamäki and his team are put on the defensive… But how does a Finnish gangster living in Bangkok and a raped woman in Helsinki fit into the picture?

Helsinki Homicide: Behind Closed Doors is Jarkko Sipila’s 12th Helsinki Homicide novel and the sixth which has been translated into English. It discusses the police’s frustration with the Finnish criminal justice system as well as taking the law into your own hands.

Twenty-six-year-old Laura Vatanen is found dead in her apartment in North Helsinki. Detective Lieutenant Kari Takamӓki’s team seems certain that the perpetrator is the man they arrested from her inner circle. But the case becomes complicated as Defense Attorney Nea Lind, spurred by her own motives, sets out to prove the police wrong. Meanwhile, Sanna Römpötti, an investigative journalist, starts her own probe that uncovers new twists. Will Takamӓki’s team end up violating their own motto, “Never Assume?”

Darling is the fifth book in Jarkko Sipila’s popular Helsinki Homicide series to be translated into English. The novel continues the rugged realism of his previous works: Against the Wall, Vengeance, Nothing but the Truth, and Cold Trail. 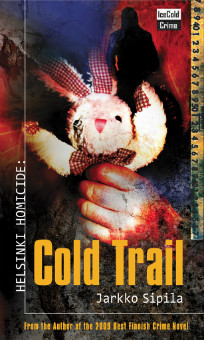 Amidst freezing rain, Timo Repo escapes from his father’s funeral. Detective Lieutenant Kari Takamäki and his homicide team must return the convicted wife-murderer back to prison. But as the manhunt begins, Takamäki’s team starts digging into old evidence. Why would Repo flee now, with over half his sentence completed? Was he guilty after all? Or was he an innocent man unjustly sentenced to life in prison — and to losing his only son? Timo Repo’s escape is no longer a routine case. Helsinki Homicide: Cold Trail deliberates taking justice into your own hands. While Takamäki ponders whether the legal system always gets it right, Repo battles with his conscience and those who have wronged him. The novel is yet another thrilling read from Sipila, full of his trademark rugged realism. The sequel to Nothing but the Truth is the fourth of his novels to be translated into English.

Helsinki Homicide: Nothing but the Truth – How much should you have to sacrifice? Third translation from the author of the 2009 Best Finnish Crime Novel A young cocaine dealer is gunned down at the door of his apartment on the outskirts of downtown Helsinki. Detective Lieutenant Kari Takamäki and his homicide team find the trigger man-but who was working behind the scenes? A woman from a neighboring building comes forward with an image of the getaway driver’s face burned into her memory. After testifying in the trial, she finds herself the target of an escalating spiral of threats. Not wishing to uproot her life, she and her twelve-year-old daughter risk death by spurning the police’s offer of a safe house. As the threats mount, the witness is torn between her principles and her desire to keep her family safe. How much should an ordinary citizen sacrifice for the benefit of society as a whole? Helsinki Homicide: Nothing but the Truth is yet another thrilling read from Sipila. A prequel to previously published Against the Wall and Vengeance, this is the third of his books to be translated into English. 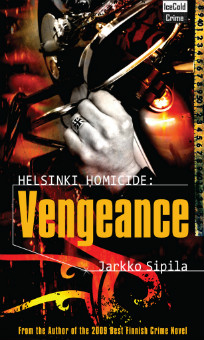 Helsinki Homicide: The Story Continues From The Author of the 2009 Winner of the Best Finnish Crime Novel Tapani Larsson, a Finnish crime boss, walks out of prison with one thought on his mind: Vengeance. Wanting to reclaim his gang’s honor and avenge those who have wronged him, Larsson targets Suhonen, the undercover detective who put him in prison. Meanwhile, Suhonen’s best friend, an ex-con himself, wants to wash his hands of crime, but in the process, is driven deeper into it. With the help of his boss, Lieutenant Takamäki, and the National Bureau of Investigation, Suhonen hunts for the loose thread that could unravel the entire gang. But with every string he pulls, he flirts with death itself. 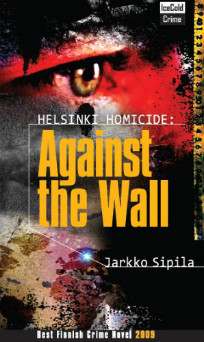 The 2009 Winner of the Best Finnish Crime Novel:
An abandoned house in Northern Helsinki, a dead body in the garage. Detective Lieutenant Kari TakamAki’s homicide team gets a case that looks like a professional hit but they are perplexed by the crime scene.

TakamAki’s trusted man Suhonen goes undercover as Suikkanen, a gangster full of action. In pursuit of the murderer, he must operate within the grey area of the law. But, will the end justify the means?

Following in the footsteps of popular Scandinavian writers, Jarkko Sipila is introducing his critically acclaimed TakamAki series in the United States.